Design is an operational concern, dealing with various layers of information to solve a certain problem. When urban design is the preferred scope, so-called design problems need to be transmuted to society’s demands. Accordingly, urban design is a complex problem-solving task that can be compromised by oversimplification or chaos, both at the design stage and in its analysis.

As Kipnis put “heterogeneous space as a democratic space, is different from homogeneous universal space of modernism (Fordist Urbanism, determination without diversity), and incongruous heterogeneity in postmodernism.”[1]

As an urban showcase for „democratic space“, this research attempts to decode the spatial organization of a particularly resilient urban structure in Iranian cities, the Isfahan Bazaar. This particular urban site is an interwoven network of social, political, and cultural factors, representing remarkable adaptability to city transformation. In general, bazaars represent a subtle urban historical development that needs to be studied in terms of the demands, environmental forces and changes that occur in the social, cultural and political context of society. The concept of historical development and self-organization of society and its subsystems proposed by Niklas Luhmann is not particularly suited in the context of studying urban topologies. Therefore, we suggest introducing a morphological approach supported by an analytical space syntax study of the historical development of the Isfahan Bazaar structure. This takes advantage of knowledge management software and decodes the underlying logics of self-organization in the time periods under study for both movement and occupation patterns.

Problem Definition: Studying historical urban textures either with an intention of revitalizing the existing structure, or proposing new interventions, demands good analytical research on that context.

To answer these questions Isfahan Bazaar offers a unique potential to compare and explore its vivid appearance in the evolution of the city in 3 major urban transformations over a millennium.

Research on the peculiar features of Bazaar of Isfahan as a self-evolving artifact proclaims the genre of urban growth with apparent commonalities in different historical eras. These analogies in growing habits will be tested along three essential stages of growth in the city of Isfahan:

The analytical study on Bazaar takes advantage of knowledge management software as space syntax decoding the underlying logics of self-organization on both movement and occupation patterns of the city. 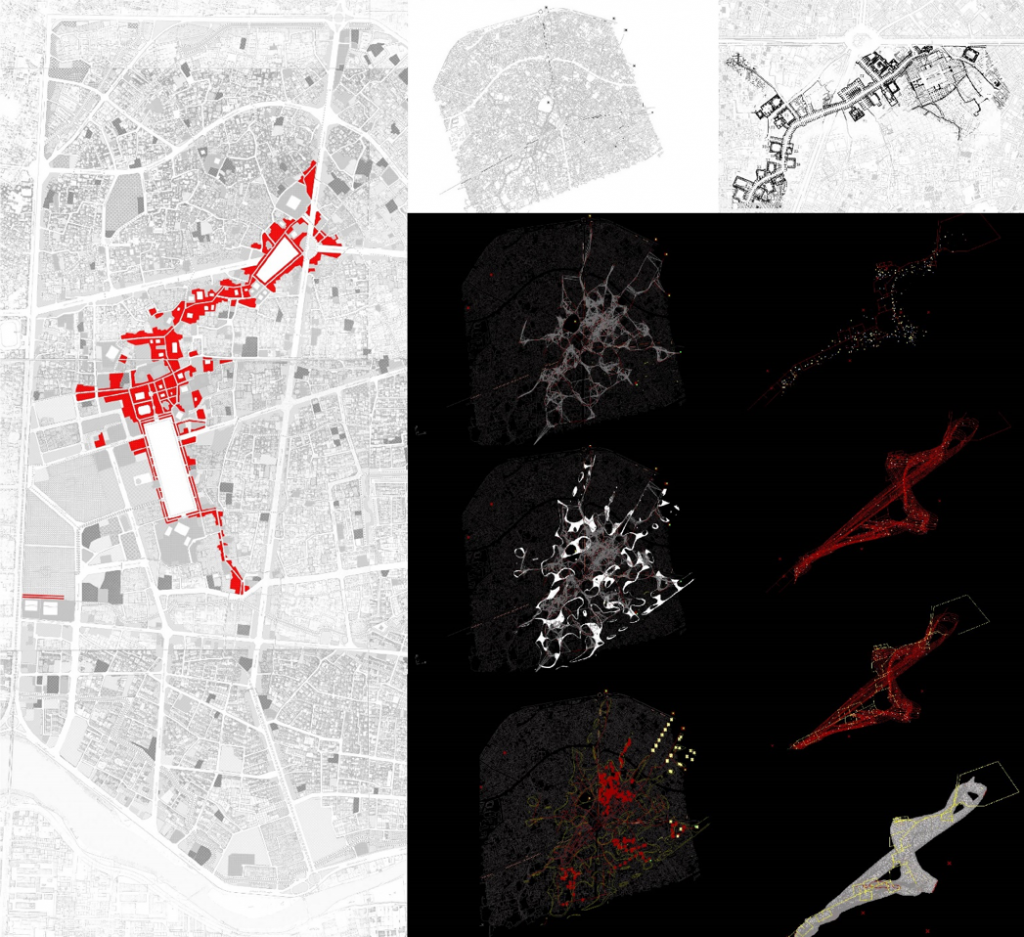 Rojiar Soleimani is a PhD candidate at the Institute of Urban Design at TU Wien, her research interest and experience cover the topics of historical, and analytical study on evolution of particularly Iranian cities. Her practical approach includes projects both in architectural and urban scale, with the focus on master plan and urban design on developing regions and countries.